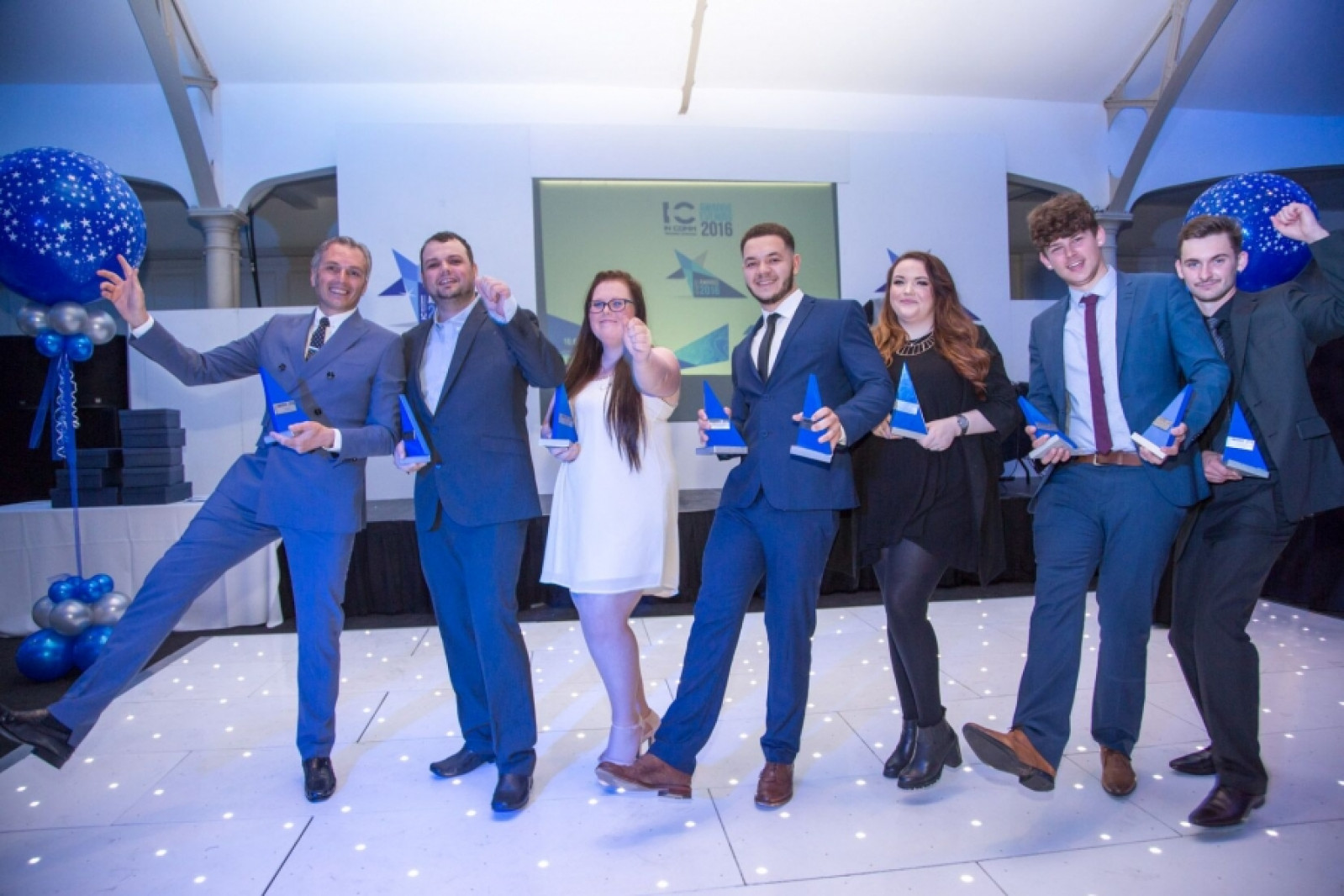 Apprentices are the big winners of award night

Last night at the In-Comm Awards, the brightest apprentices in the West Midlands were recognised at one of the largest vocational training award evenings.

James Harper, who works at Aktrion Automotive in Wolverhampton, managed to win Outstanding Apprentice of the Year against a field of 100s of peers.

The judges singled out his commitment to lean manufacturing and his drive to improve efficiency and save money as his most impressive qualities.

Voestalpine Metsec PLCs Steve Giles (Ambassador of the Year) and bosses from Cannock-based RLS Tooling joined him on stage, with the latter claiming the Employer title in recognition of its commitment to investing in young people.

The awards evening was held at the Grand Station in Wolverhampton and this years awards marked the fifth year of the In-Comm Training and Business Services Awards. The event attracted 250 people to celebrate the the importance of apprenticeships and in rebalancing the skills gap in the region.

Joint managing director of In-Comm Training and Business Services, Rebecca Phillips explained: We feel it is really important to celebrate the vocational learning route and recognise the achievements of young people who are gaining important skills whilst having a real tangible benefit to the companies they work for.

The awards received more than 250 entries, which the judges had to whittle down to seven categories.

Phillips continued: We have had our best ever year for entries and that is reflected in the calibre of winners, who, as well as working towards their qualifications, have gone that extra mile to support others, do things differently and consistently meet performance targets.

Its not just about celebrating our young people, that is just one element of the competition. There is also a desire to put the spotlight on the employers who invest thousands every year because they believe in growing their own and the mentors/parents who provide the support network individuals need to succeed.

The In-Comm Training Awards  for the first time in five years  has enjoyed a major sponsor in the form of RBS, who put forward commercial director Dave Robinson to sit on a judging panel including Rachel Eade (Manufacturing Hub) and Gareth Jones (In-Comm).

Together they whittled down 250 entries and came up with a list of Winners on the evening, included:

Bekki added: B Mason & Sons, Bradken, Charter Automotive, Darlaston Rotary Club, George Taylor & Company, Made in the Midlands, Pro-Mil Engineering, Rical Group and Stechford Mouldings all contributed their time and some form of financial support to ensure the awards evening was such a huge success.