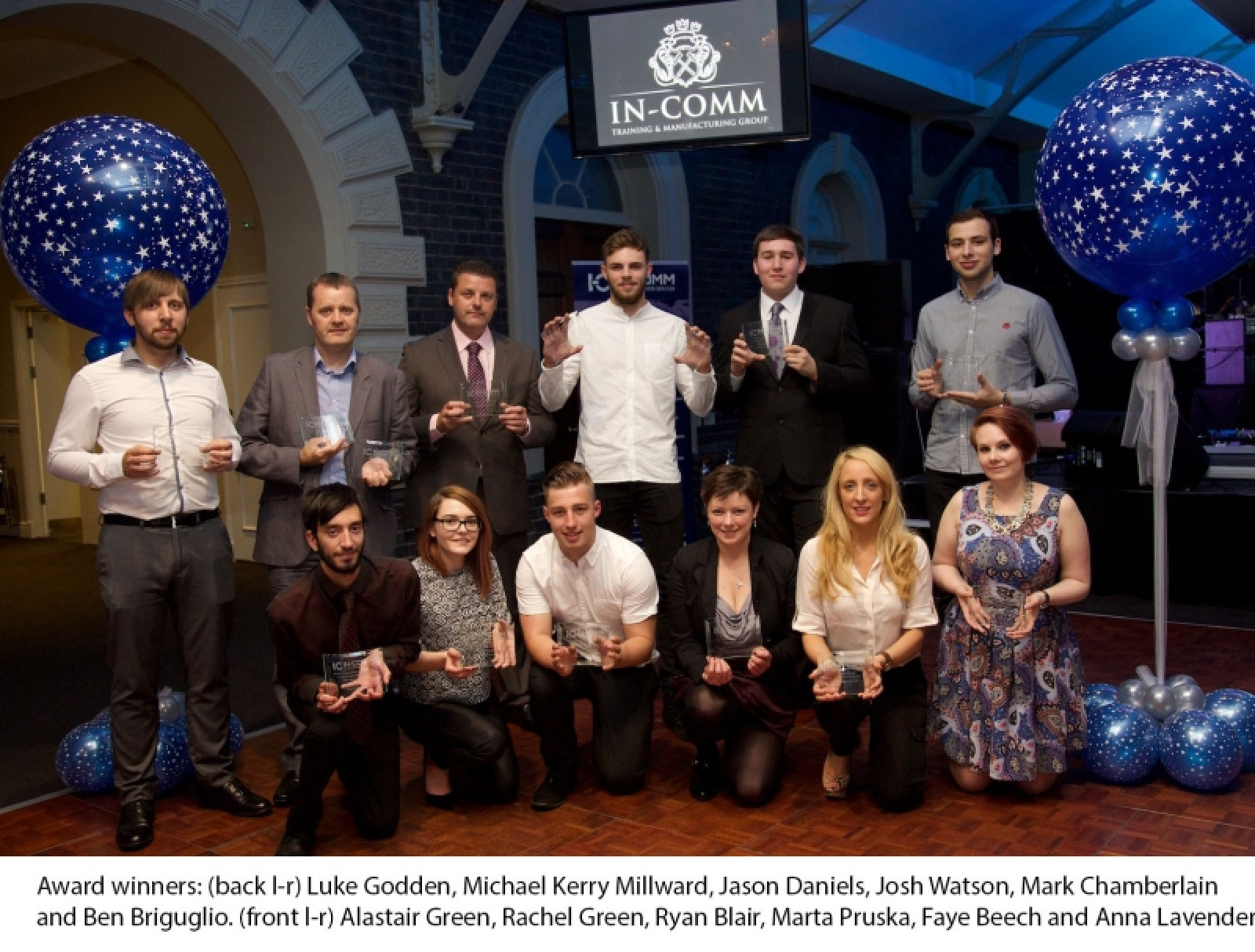 Josh Watson, who works at Lichfield-based Faurecia Interior Systems, was named as the Peter Wood Outstanding Apprentice of the Year, beating off the challenge of 100 individuals from across the West Midlands.

He impressed judges for his dedication to his studies, combining theoretical learning with an ability to have a major impact on the shopfloor, becoming an integral part of the team in the process.

The apprentice was joined on stage by other winners, including Martin Hardy (Wedge Group) and Michael Kerry Millward (Moog Aircraft Group), who shared the Outstanding Adult Learner of the Year title.

It wasnt just the employees hitting the headlines at the prestigious event, which attracted more than 250 people to the Grand Station in Wolverhampton.

When we first started to organise these awards, the apprentice career path was off the radar and there was very little interest in it. What a difference four years make, but we still have work to do to convince young people and adult learners that the vocational route can make a major difference, explained Rebecca Phillips, In-Comm Training and Business Services.

2015 has been a record year for entries and reflects the fact we have more than 400 people training either at our academy in Aldridge or across manufacturers and professional servicesfirms across the West Midlands.

The quality has also gone up another notch and this is reflected in our winners, who will no doubt go on to have successful careers in the working world.

She continued: We also like to make sure the employers are recognised. Without firms willing to invest in new talent and their existing workers then the skills gap will only grow wider.

Other winners on the evening included:

Rebecca continued: The Awards are only made possible by some great organisations sponsoring the different categories.

In-Comm has been offering industry and commerce a wide range of training and business solutions for 33years.

The firm has a proven track record of developing Engineering Apprentices through its range of specialist packages, starting with Bronze (delivered at the clients premises) and culminating with Platinum, which involves 5 days training at its workshop and machining academy.

It has invested more than £350,000 in developing a new Forklift Truck Training Centre and rapidly expanding its Academy in Aldridge to develop the next generation of engineers.