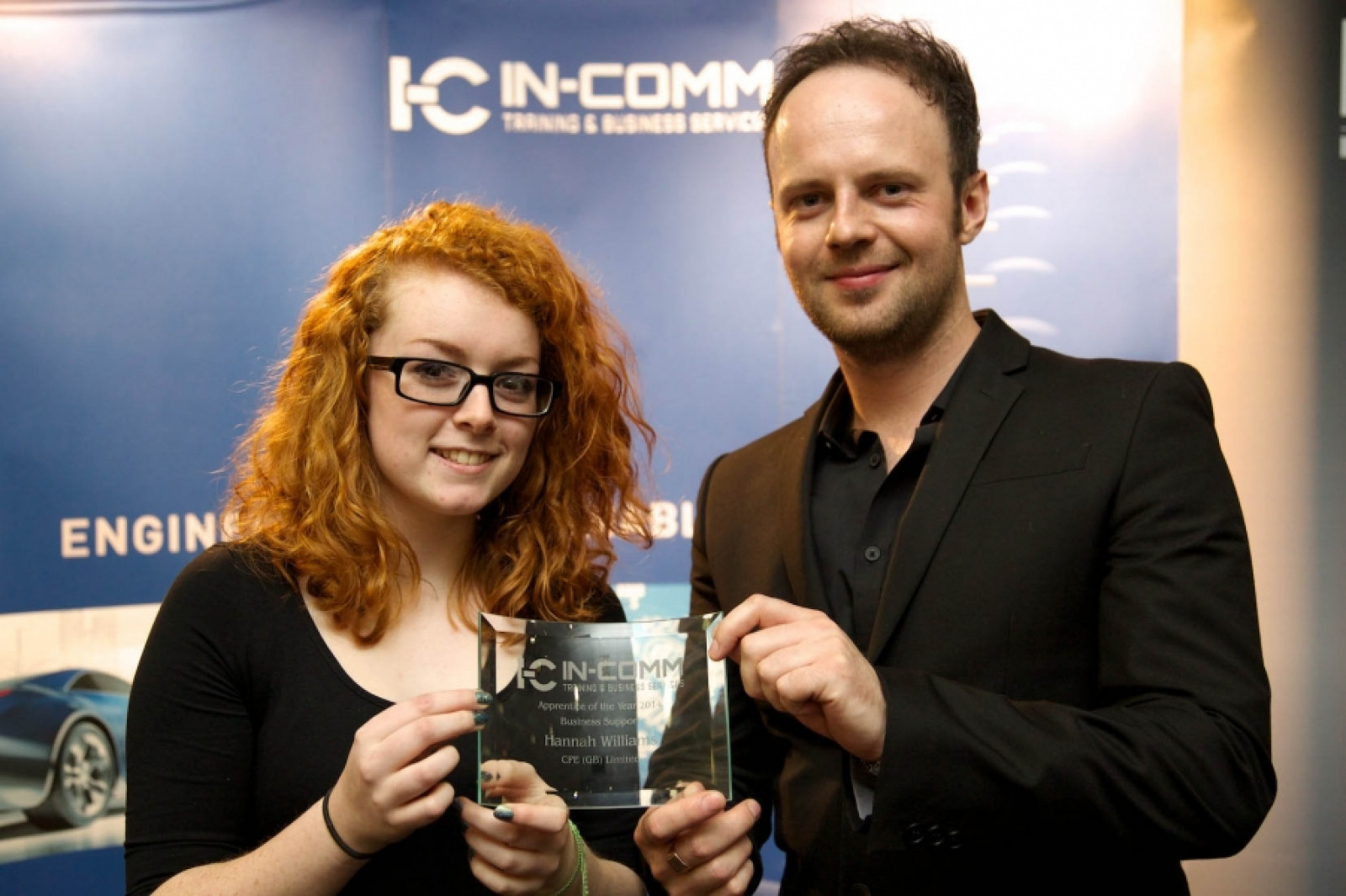 Midlands engineering stars recognised for their commitment to learning

The achievements of some of the best young apprentices and adult learners in the West Midlands were in the spotlight recently when the In-Comm Training Annual Awards came to a glittering finale.

More than 250 people packed into the Bescot Stadium in Walsall to recognise 10rising stars of engineering and manufacturing that are helping local companies drive the economic recovery.

Taking the main plaudits on the night was Michael George, who was named as The Peter Wood Memorial Award for Outstanding Learner of the Year after impressing bosses at Wolverhampton-based Fellows Ltd.

The Advanced Apprentice is a vital part of the team, demonstrating a thirst for learning new industry techniques and applying them to solving shopfloor issues on a daily basis.

It is extremely important that we continue to raise the profile of vocational learning and give it the same profile as other educational routes  our awards play a small role in achieving this, explained Rebecca Phillips of In-Comm Training and Business Services.

We are committed to developing the next generation of workers and also helping existing engineers improve their skills so they can tackle new challenges and seek promotion.

She continued: These accolades are designed to promote the achievements of individuals who are striving to be the best they can be and the importance of Apprenticeships in making this happen and giving companies the skills they need to compete.

She continued: Some of the awards are also for the employers, who, without them, none of this would be possible. They have to show a certain level of time and financial commitment to give their staff the opportunity to better themselves.

Made in the Midlands sponsored Apprentice of the Year  Business Support category which was won by Hannah Williams at Rugeley based CPE GB.

Guests at the In-Comm Annual Awards were treated to keynote speeches from Truflo Marine Valves and Moog Aircraft Group, the latter detailing how Andrew Hughes had risen from an Apprentice to Director of Programmesat just 32 years-old, now helping China deliver its first significant commercial aircraft.

Other winners on the evening included:

Rebecca continued: The Awards are only made possible by some great organisations sponsoring the different categories. These include Bradken, Charter Automotive, City of Wolverhampton College, Made in the Midlands, Polymer Training & Innovation Centre, Rical Group, Salop Design and Engineering and Wedge Group.

In-Comm has been offering industry and commerce a wide range of training and business solutions for over 31 years.

The firm has a proven track record of developing Engineering Apprentices through its range of specialist packages, starting with Bronze (delivered at the clients premises) and culminating with Platinum, which involves 5 days training at its workshop and machining academy.